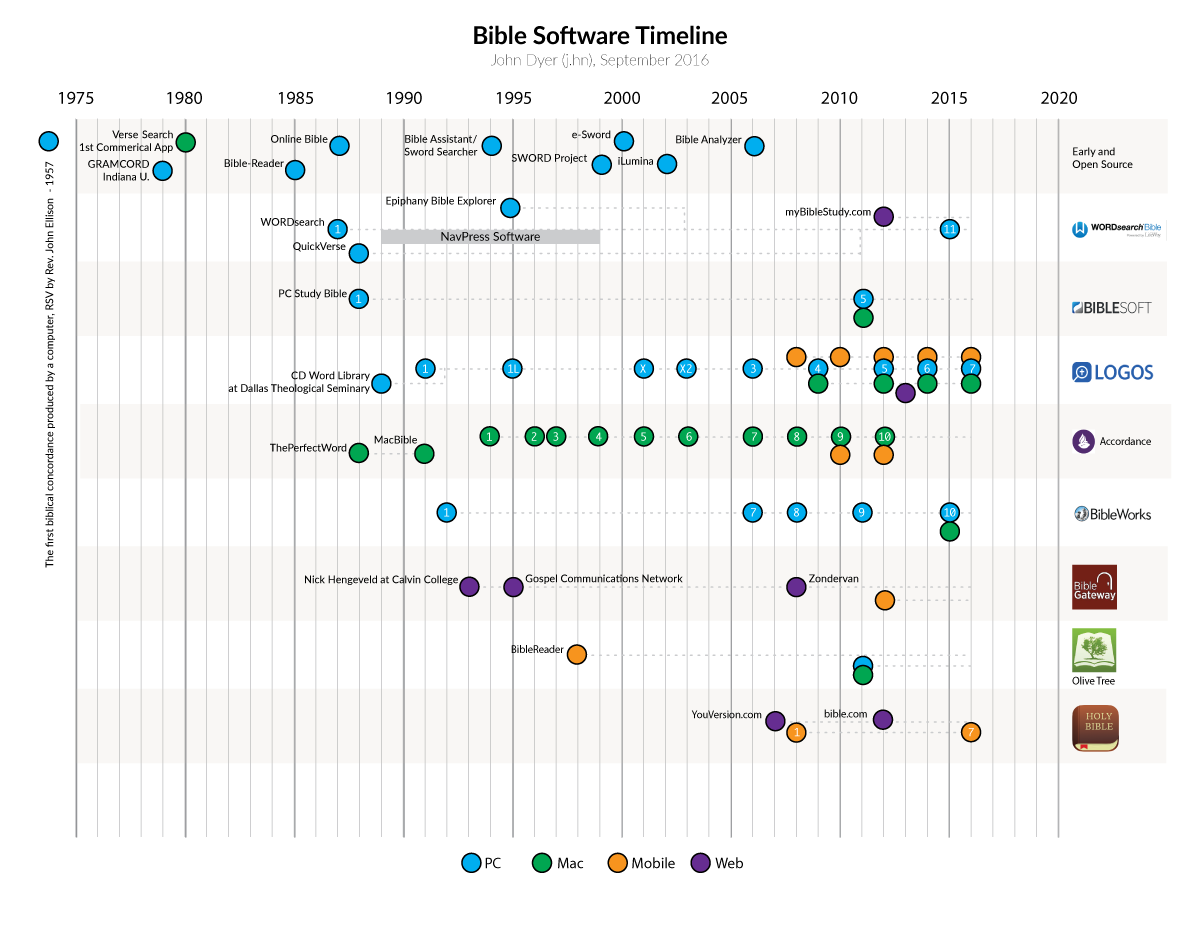 The History of Bible Software (Infographic)

Surprisingly, it’s fairly difficult to find a clear, chronological accounting of Bible software development. Wikipedia, of course, has some of the major applications organized by operating system, but it doesn’t include release dates or offer much commentary on how they fit together.

UPDATE: Initially this post had a graphic timeline and some commentary on the major waves of development, but it was far too incomplete. I’ve since converted this to a chronological list that should be a bit more complete.

Please add your thoughts and additional details to the comments.

40 thoughts on “The History of Bible Software (Infographic)”