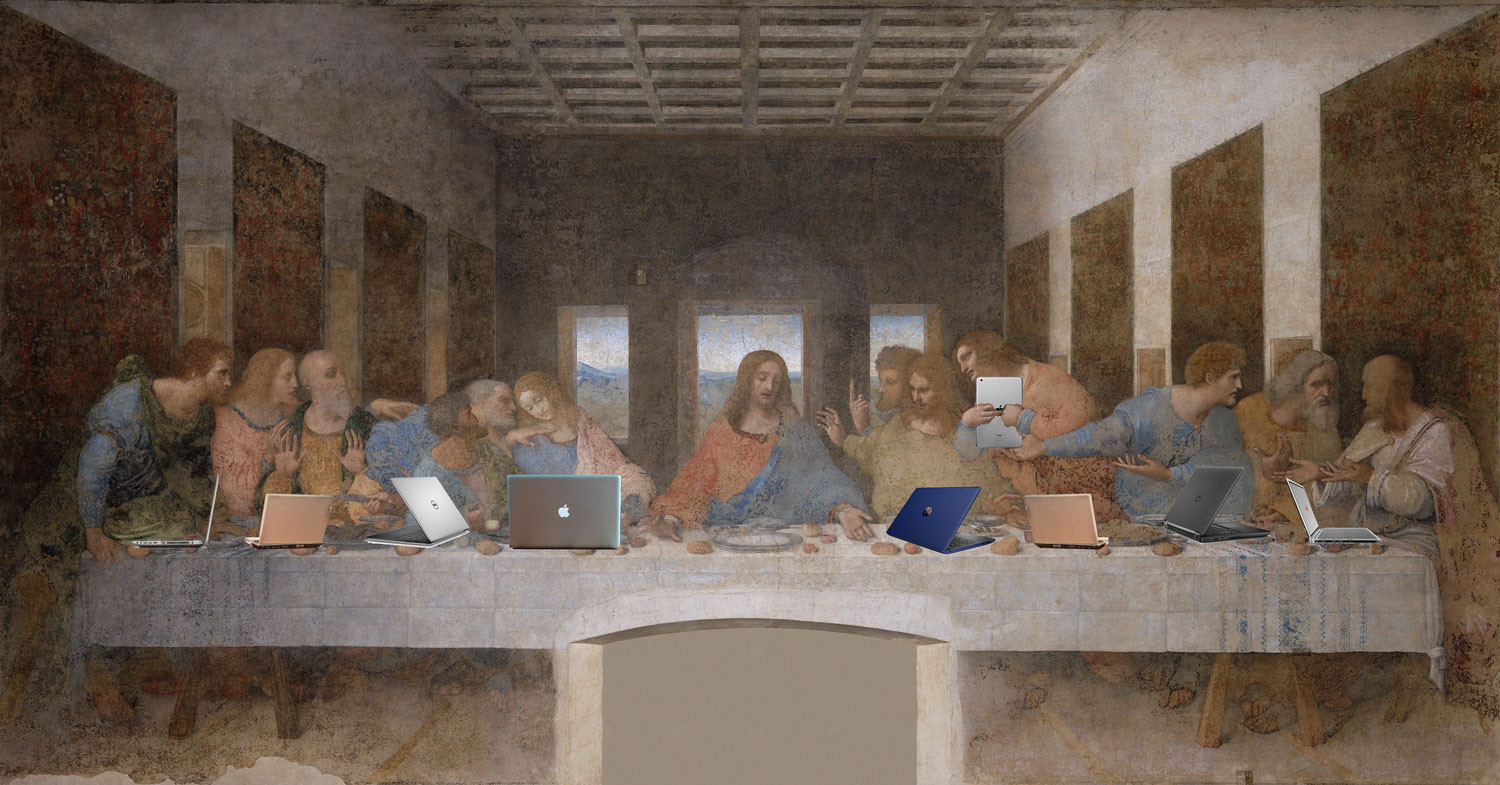 The Digital Church in the Age of Corona

The novel coronavirus pandemic has sparked a flood of creative uses of technology to maintain relationship while staying at home. Churches, even those that never would have considered having an online service, have been forced to adapt and experiment.

Many churches that moved to a digital worship service during the first week of social distancing (March 15, 2020) only had time to create a broadcast-style service, but they are now beginning to think about interactive elements of worship and how to foster relational community. A few weeks ago, I posted a graphic that attempts to show that the elements of a service that are transactional or broadcast oriented are usually the easiest to move online, but the relational parts of church are often the most challenging—and most overlooked—elements of digital church (definitions of online, virtual, digital church).

I placed communion in the center and gave it a different color to acknowledge that it is often the most controversial elements of church online. Vicar Giles Fraser writes about the awkwardness of conducting his first Zoom-based eucharist, but among Christians, there are a variety of theological views and ways of practicing communion, and these in turn affect how various traditions approach the question of communion online.

This post attempts to sort through some of these debates and offer guidance on potential ways forward. I cannot be exhaustive, but I will do my best to give each argument a fair representation.

A Brief History of Online Church

Before addressing the issue of communion specifically, it’s worth remembering that this questions about online worship are not new. Digital religion scholar Tim Hutchings (cf TallSkinnyKiwi) documented online services as early as 1985 (Church of England), and an online response to the Challenger disaster by Presbyterians in 1986. In the mid 1990s, when the internet became public, many churches began creating websites, but they were mostly informative, not interactive. Some churches, however, began to experiment with interactive 3D worlds and services, leading some scholars began to think that religion would take radical new forms in the internet age.

In the 2000s, two main forms of church online emerged. Some continued to use new technology to its full extent and create alternate 3D worlds in programs like Second Life. This continues today with things like DJ Soto’s VR Church which started in 2016, or churches in Roblox, Minecraft, and other virtual worlds.

The other, much more common model has been churches offering an online broadcast of the traditional elements of a service including music, announcements, and a sermon. Evangelical megachurches like Saddleback, Life.church, North Point, and others have also experimented with adding interactive elements alongside the main broadcast as well as weekly small groups. Online churches are also a major part of ministry into closed countries, functioning as a more interactive form of the radio broadcast ministries that began in the early twentieth century.

Some of these churches have offered communion as part of their online efforts. In 2013, Sarah Pulliam Bailey reported on various traditions were thinking about online communion, but there was not yet a consensus, and nothing like the coronavirus to urge a decision.

A Brief Theology of Communion

From these texts and church traditional, four main views of what happens during communion have emerged.

Relatedly, churches that emphasize the real presence tend to have regular, weekly or even daily communion, while Memoralists churches offer communion less often, such as monthly, quarterly, or irregularly. Churches that emphasize the real presence also tend to perform communion in such a way that participants receive the elements directly from a clergyperson, whereas memorialists have a more self-service approach where the elements are passed on trays or where participants walk up to a table of prepared elements and take them at their own pace. In some cases, the concept of a shared meal is portrayed through the use of a common loaf of bread that participants pass around and take a piece from. Similarly, some traditions take wine from a shared chalice while others prepare individual servings of wine or grape juice.

Before the corona pandemic, it appears that the majority of churches that had online services did not have regular communion as part of their weekly worship. This was not because they opposed the practice, but because most of the churches with online services tended to be from Baptist or nondenominational evangelical backgrounds. These group tends to have a pragmatic, entrepreneurial orientation toward technology, so they are open to online communion, but because they have a memorial view of the sacraments and do not offer it regularly, online communion also tends to be infrequent or not offered at all.

There are some exceptions to this including several Anglican churches, which hold a consecrated real presence view of the elements, but whose bishops argue this consecration can happen remotely through technology. There are also Anglican churches that hold services in Virtual Reality (VR) and which offer regular communion in closed countries around the middle east.

Of the churches that have offered communion online over the last several decades, these are the most common models:

Arguments For and Against Digital Communion

There are articles scattered around the internet arguing for and against online communion, but it’s important to note that most of these are pre-coronavirus. This situation may persuade some to change their views or to try something that they did not feel was necessary before. Below, I will summarize what I have found to be the key arguments for and against communion online.

A Summary of Positions

For some traditions, communion is simply not communion if it is not practiced according to the tradition. There is simply too much theological weight behind the embodied experience of sharing a meal in close proximity that prevent it from being moved it online. Communion, then, is the one unique practice of the church that cannot be commodified or fully digitized. To miss church is not just to miss a sermon or a song that can be listened to later, but it is to miss out on the grace of God present in the elements. This time of pandemic creates a painful loss, but it also makes Christian gathering an important expression of faith and hope.

Some within this category shift to spiritual communion in cases of sickness or the present pandemic.

There are some who may be persuaded that online communion could be a valid practice (especially in closed countries), but that the current pandemic does not warrant practicing it online. If stay-at-home regulations remain in place for several months, then communion will need to be suspended for that length of time. This will create a longing to return to the practices when it is possible and make the experience all the richer. If conditions worse, however, they may reconsider. (One might also place the practice of spiritual communion here, although that practice does not involve consuming elements.)

Likewise, some churches may be persuaded that online communion is theologically acceptable in exceptional cases and that a pandemic is just such a situation, analogous to a closed country or where everyone is effectively a shut-in (i.e. cannot go to church). In previous plagues, the Church found ways to bring the elements to those who could not come to church, but it did not have the technological means to celebrate the Table simultaneously online. This time and this technology is a unique and fresh expression of God’s grace. However, when the pandemic lifts, those who hold this view may cease offering this as a regular practice, preferring to make the physically gathered body the unique place to participate in the elements.

Finally, there are those who have already accepted communion online, either in a self-service form or through a simultaneous worship experience, or thirdly in virtual/avatar-based forms. These include memorialists who have little objection to symbolizing Christ’s death online together and those who believe the mystery of Christ’s presence in communion is not limited by technology, time, or space. Some churches who are moving online in this season may adopt an online practice that they continue, while others might not want to continue with any online practices in the future.

I hope and pray this relatively long, but still over-simplified summary of the question offers a helpful starting place for such an important discussion. As one who comes from the American evangelical tradition which has not historically placed much weight on communion, I sincerely hope that the pandemic is an opportunity for us to think more carefully about our sacramental theology.

For Christians from any tradition, I hope we can ask questions like: Why do we take communion the way we do? What does it really mean and why? What do the practices and frequency we have chosen mean and communicate? In what sense are we participating in a shared meal if are individually taking prepared pieces? What do we, the church, offer our people and the world that cannot be easily moved online?

Finally, if your church is considering these issues, I do not think there is any need to rush to make a decision, nor does any decision have to be permanent. But if you have made a decision and are modifying your practices for the pandemic, please share your experiences and any other resources in the comments below.